In his amazing new book “Taking a Bite out of the Apple” Rob Janoff––designer of the world-famous Apple logo––explains what it was like to live through those heady days of the home computer revolution. From meeting with Steve Jobs and Steve Wozniak, through countless campaigns for big brand names like IBM, Intel, DinersClub International, Kraft Foods, Frangelico Liqueur, Kleenex, Payless Shoes, Simon & Shuster, John Deere and more, Rob Janoff has been at the centre of the US advertising industry for more than 35 years.

Over the past eight years he has been branding and marketing internationally with his Australian business partner for companies such as Lucas UK, Crooz Japan, LJ Hooker Australia and the Michael Bishop Institute of Cancer Research in Chengdu, China.

Rob’s career has been focussed on distilling the culture of a client’s business into their logo. His relentless pursuit of elegant and simple branding outcomes has made him a go-to figure in the world of visual communication. A unique insight into how to achieve bold, simple icons is what underpins each work that he engages with.

Read his new book “Taking a Bite out of the Apple” and get a sense of what it takes to achieve world renown in Design & Marketing. Coupled with personal insights and ingenious observations.

“Taking a Bite out of the Apple” is one man’s journey to self discovery and its inspiring message is aimed at young people, and the young at heart. 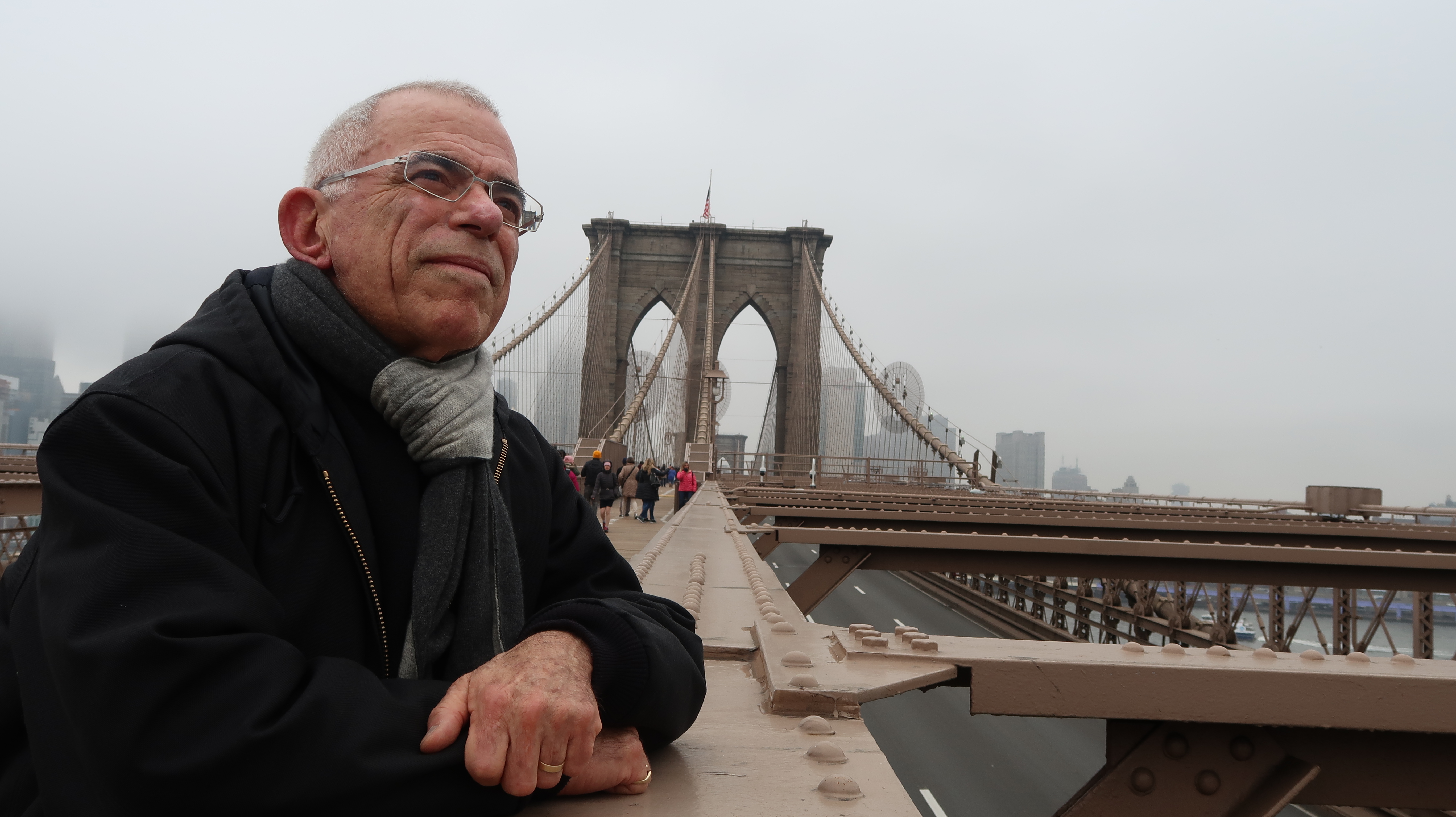 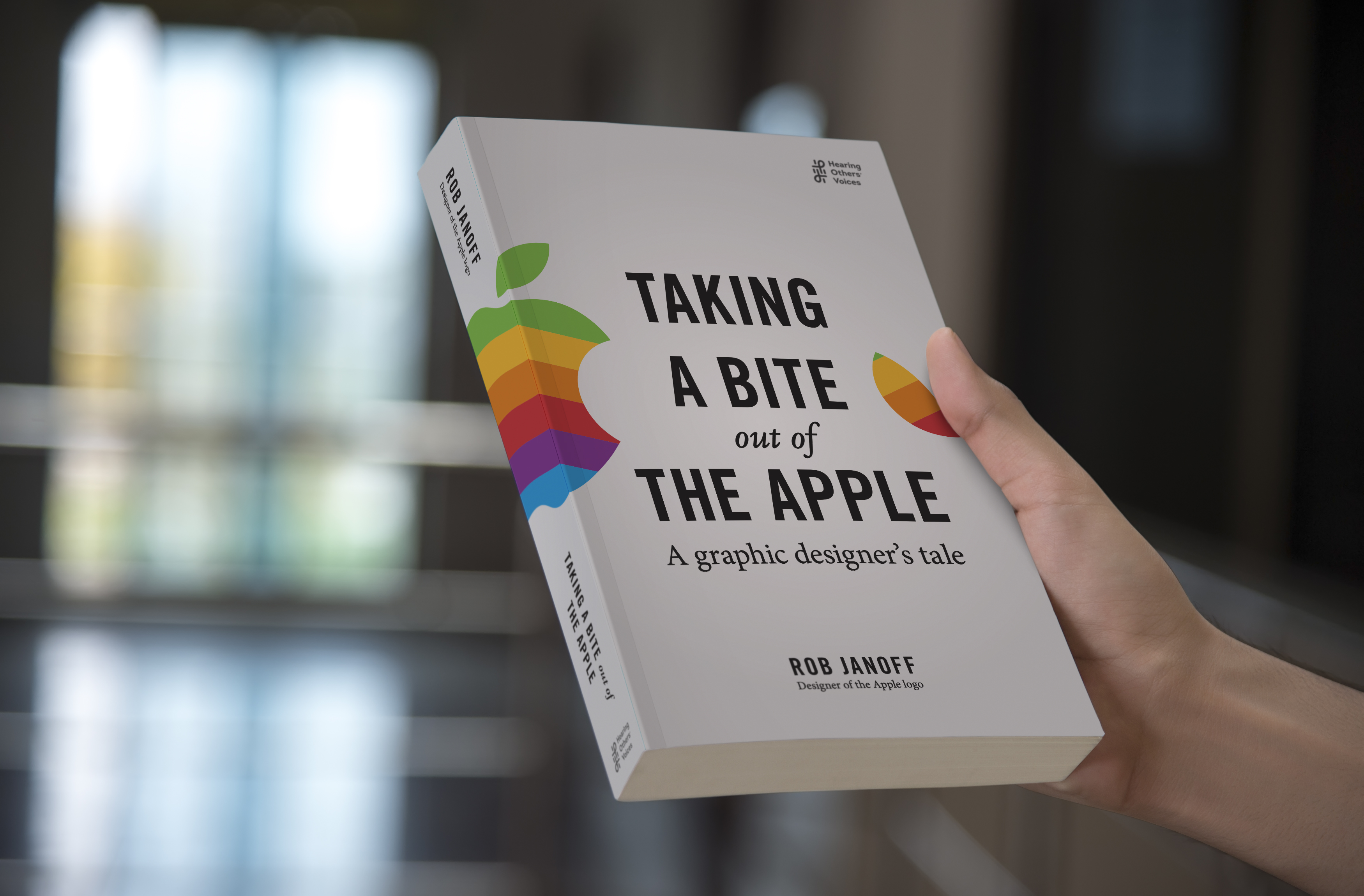 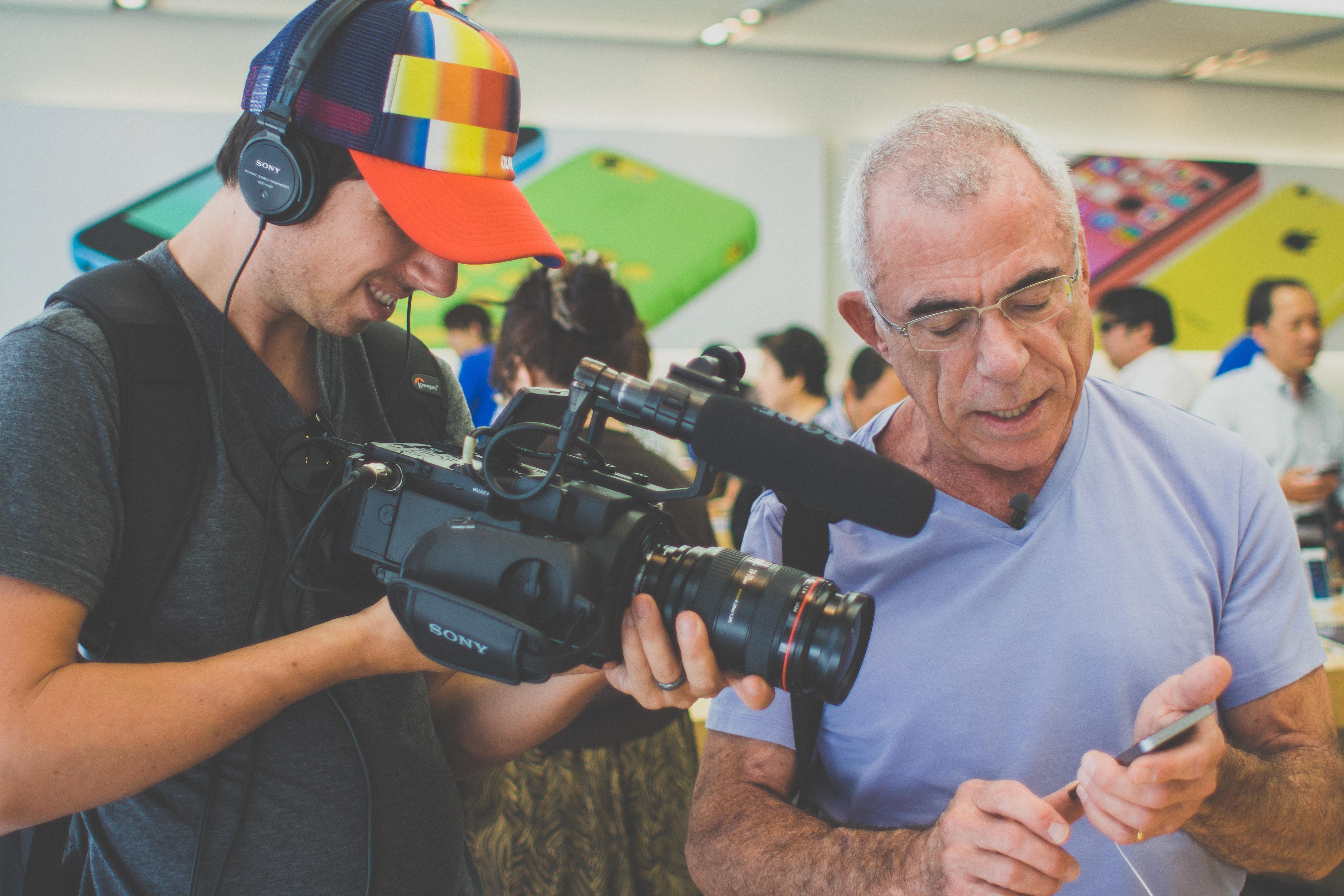 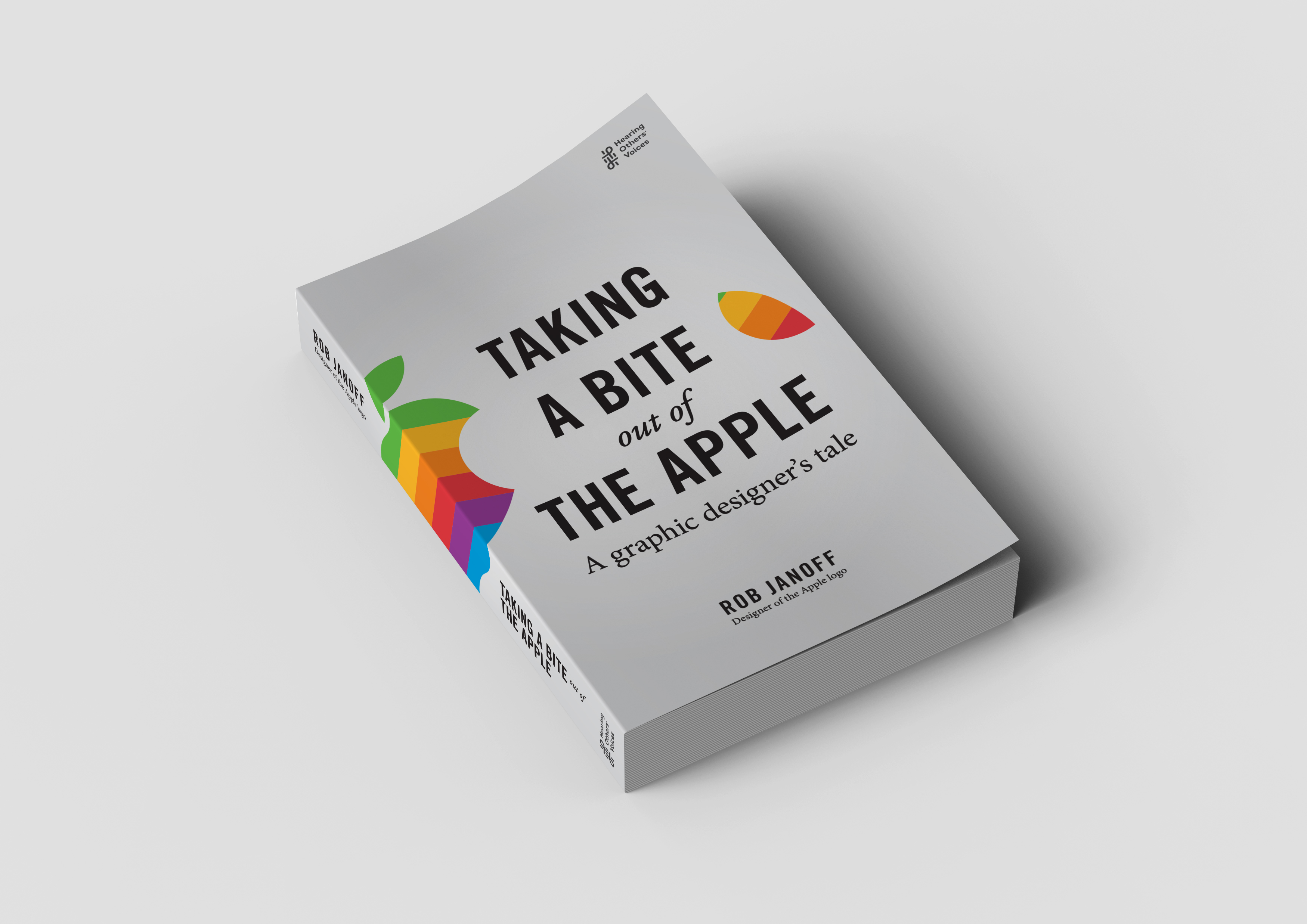 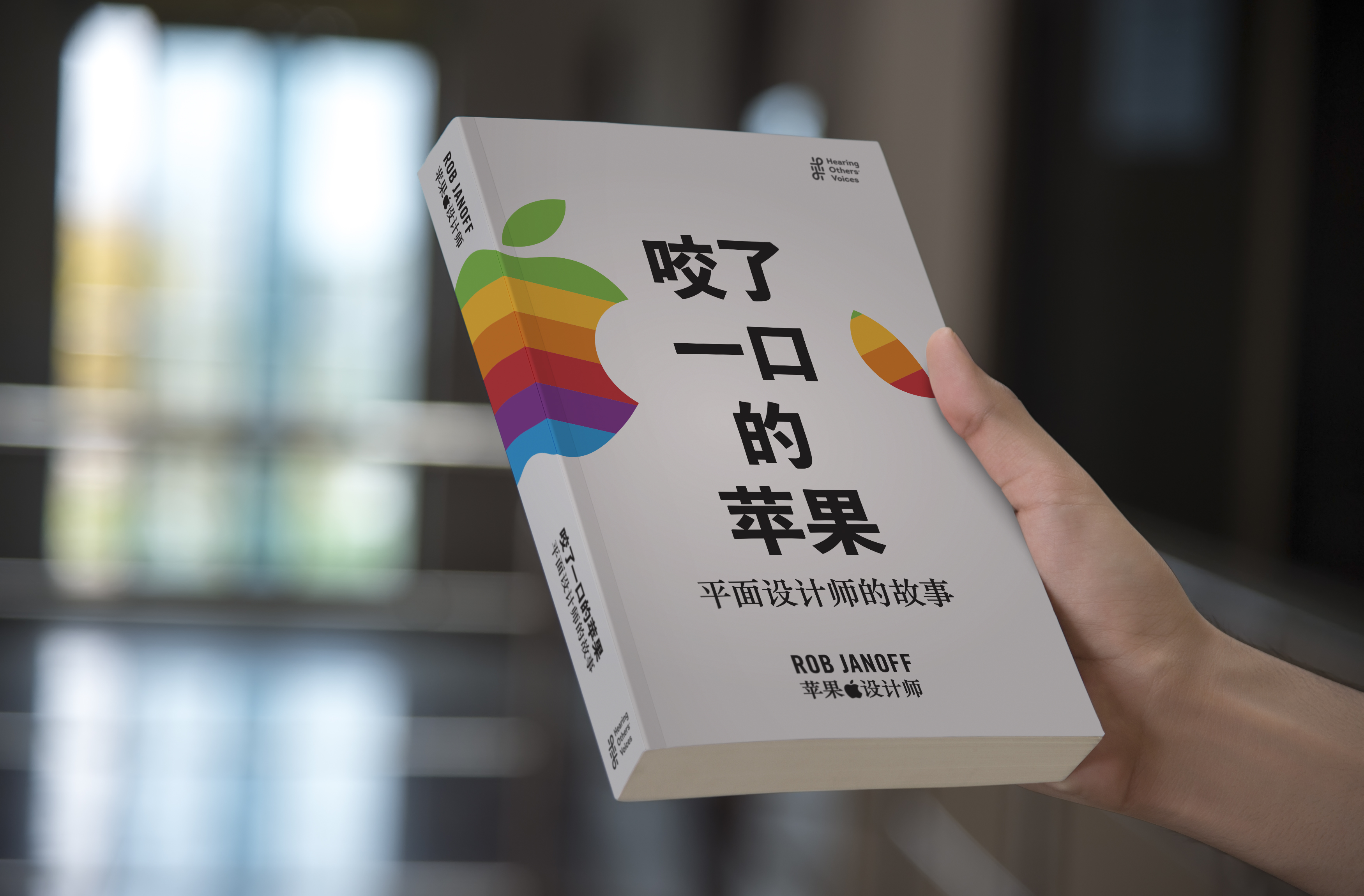 Taking a Bite Out of the Apple: A Graphic Designer’s Tale (Hearing Others’ Voices) is a nonfiction memoir for young adults written by Rob Janoff. While he had gone to college to study industrial design, Janoff was more intrigued by the creative possibilities that graphic design seemed to offer. Indeed, his whole outlook on the world seemed to point him in that direction. He had had some success in designing logos for new tech companies when he went to work for the Regis McKenna Agency in Silicon Valley. That tech experience led his boss, Regis McKenna, to offer him a somewhat off-the-wall assignment. Janoff’s mind was far away as his boss discussed the assignment, but eventually the words “apple” and “computers” broke through his distraction. Janoff even knew of Steve Jobs, the iconic inventor who, with his partner, had turned a garage into the birthplace of the personal computer. But how to render Steve’s concepts into a logo? Janoff’s mind kept toying with the idea, his hand quickly sketching and erasing ideas as they paraded through his imagination. Then he hit on it.

I was fortunate enough to work with Rob early in my career as a copywriter. His authenticity, honesty and sense of humor
was only matched by a big, bold, beeaufiful talent. This book gives the reader a very relatable taste of that. Because Rob makes it a point to telegraph the intense journey he went on creating the Apple logo. The result isn’t just a good read. It’s a great life lesson in “think before you leap”. You can’t crank out a logo or an ad or a novel or a play without an IDEA. In other words, Taking a Bite out of the Apple is a tale told by an artist, signifying everything it takes to be a success,

I ordered this to give to my brother in law who’s in the computer industry & I remember had mentioned Rob Janoff after reading about him in something else he was reading that had to do with Apple.
I was happy to see it was very cute in appearance & not that long of a book so I read it myself before sending it along to him!
This is written in a very intimate way like the author is speaking to you in his own words. It doesn’t feel edited to death where the personality of who’s writing it is erased but it’s still polished and cleanly written.
There’s some great behind the scenes info about the beginnings of Apple computer. Rob Janoff’s part in history is inspiring , funny in moments & puts together an interesting & essential piece of the history of Apple.
I liked the way the author is not self indulgent about his life apart from the topic of the book but does give us a good sense of who he is & what led him to the creative moment at Apple & then beyond.
It’s a very well structured book with relevant visuals scattered throughout which complimented his story.
I’m going to buy a few more as gifts for younger family members as it’s light handed inspiration about working hard, patience & the creative process. Great lessons from a wise man & his flashes of genius.
Enjoy!